The Love of Many Grows Cold

How does Yahushua measure our love for Him?

Of the many words Yahushua spoke to His disciples, the following words continue to shout out a message for us today:

But then Yahushua tells those living in the last days that they have a problem:

“And because iniquity shall abound, the love of many shall wax cold.” (Matthew 24:12)

When a patient shows symptoms of a sickness or disease, an accurate diagnosis is required in order that a remedy might be given. Likewise Yahushua, in telling us of our sickness, identifies in Matthew 24:12 above, both the cause, and the remedy, or cure.

The sickness is that many of His own people will grow cold in their love for Yahushua.

The symptom (His test or measuring-stick) is that His people will cease to keep His commandments.

Let’s now look at the cause, in order to find the cure, or remedy.

We have seen above that the symptom of the Believers’ own lack of love for Yahushua is that they have grown cold in keeping His commandments.

Now the cause and the remedy can now be seen, and identified.

“…because iniquity shall abound…”

Notice in the phrase, “because iniquity shall abound,” Yahushua confirms not only the symptom, but confirms that both the cause, and the cure, are related to keeping His commandments. To shine some light on the matter, let’s look at the Greek words used here.

The word translated ‘iniquity’ is the Greek word anomia, Strong’s number , meaning “without law; transgression of the law, or lawlessness” (See Notes below). This word, and its companion word anomos , are used 25 times in the New Testament writings.

Together, these two words describe New Testament people, Believers and Non-Believers alike, who are destitute of the practice of the Mosaic law (Torah), the Prophets and the Writings, and are thus considered lawless, violators of the Law, and are called ‘wicked’ by Scripture, because of their practices (Ps 119:53; Prov 18:4; 1Co 5:13; 2Pet 3:17).

Many have come to Yahushua and have been redeemed by His Blood. Many of these Redeemed ones have then heard from their leaders that the Commandments, and the Law, have been done away with. This notion is not found anywhere in the New Testament, but is a Last-Days Doctrine of Men, concocted by the enemy—designed to cause the love of the Believers to grow cold, so that the commandments are not kept.

Jude warned us of these spiritual Leaders in Jude 1:4, as he explains that even in his day, men had crept in unawares, corrupting the Grace of Yahuweh by false teachings. This false teaching is none other than the Doctrine of Balaam, which is simply the denial of the earlier word of Yahuweh, while holding to the later word of Yahuweh.

But let’s notice the remedy!

Yahushua continues to call out to His disciples today,

Those who truly know Him have noticed these verses:

“Wherefore the children of Israel shall keep the sabbath, to observe the sabbath throughout their generations, for a perpetual (“everlasting”) covenant. 17 It is a sign between me and the children of Israel for ever: for in six days the LORD made heaven and earth, and on the seventh day he rested, and was refreshed. 18 And he gave unto Moses, when he had made an end of communing with him upon mount Sinai, two tables of testimony, tables of stone, written with the finger of God.” (Exodus 31:16-18)

Dear Believer, whose Finger wrote the Commandments on the tablets, and then gave them to Moses?

Whose hand holds the Finger of God?

Yahushua is asking us today, “Whom do you say that I am?”

Those Who Know Him

Those who truly know Him, are those who love Him, and who keep His commandments, including those He gave to Moses. They also love the children of Yahweh, for they love Yahuweh, and keep His Commandments (1Jo 5:2-3). They also participate in His Sabbaths, and in doing so, display the sign (token, ensign, or banner) that they are partakers of the Everlasting Covenant in Yahushua’s Blood (Ex 31:16; Heb 13:20).

Those who truly know Him, are likewise those who desire to be grafted-in to Yahuweh’s people called Israel. These embrace all the Everlasting Covenant provisions of Israel, and so likewise become partakers in the promises made to Israel. These are those today, who are the Wise Virgins. They will be among the Bride-Company.

Those Who Do Not Know Him

Those who do not truly know Him, are those whose love for Him has grown cold, because through iniquity they ignore “MY Commandments” written with the Finger of God. They also can not love the children of Yahuweh, for they do not love Yahuweh, and do not keep His Commandments (1Jo 5:2-3).

They have not yet realised that the New Covenant has been made, not with a Gentile body, but only with Israel and Judah (Jer 31:31-33). Any Gentiles desiring participation must become grafted-in to Israel, by faith in Yahushua Messiah (Romans 11:13-24).

Those who do not know Him will not be among the Bride-Company, the Early (Barley) Firstfruits Harvest. Instead, they will be among the leavened (full of sin) Latter Firstfruits “Pentecost” Wheat Harvest.

These are seen in the wave offering of the two leavened loaves of Shavuot, whereby the wheat must first go under the tribulum of separation, then ground into fine flour, and made into loaves, only to be put into the oven—the furnace of tribulation necessary to coax them to become fully baked, finally persuaded to walk in obedience.

These are the multitudes of Believers today, who seek for the Bridegroom’s return, but have not made themselves ready, by walking in all His Commandments. These are the Foolish Virgins.

Dear Believer, let us examine ourselves.

Do we truly love Yahushua?

For further details of the Wilderness Testing of the Believers, and of the Warnings given to the Bride concerning her Testing that must occur before entering in with the Bridegroom, see the following articles:

Entering the Kingdom: The Wilderness Testing of the Believers – An Overview of the testing

Entering the Kingdom: The Wise Virgins’ Checklist – An Overview of the testing, and a Scripture Checklist

Entering the Kingdom: The Two Love Tests – Further details of Father’s testing of the Believers

The Doctrine of Balaam: A Warning to the Bride – The Root cause of failing the test

Eating Things Sacrificed to Idols: A Warning to the Bride – a major cause of failing the test

Removing the Abominations: A Warning to the Bride – a major cause of failing the test

4 comments on “The Love of Many Grows Cold”

This site uses Akismet to reduce spam. Learn how your comment data is processed. 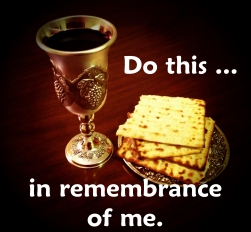 "Messiah our Passover has been sacrificed for us, (1Co 5:7-8) therefore let us keep the Feast."

To find out why all followers of Messiah are called to observe the Passover, see the following:

The ‘Wise’ Virgins
who had extra oil…

The Wise Virgins were ready to go in with
the Bridegroom.

Characteristics of
The Wise Virgins: Part 5

To see what the Bible itself says about how we are to study for ourselves and properly interpret God’s Word, see the following:
Seven Biblical Guidelines for Studying the Bible
Recommended Videos
New Video:
The Quick Truth about Christmas and Easter (8:44) – from Shawn A Servant of Yah:

We also Recommend: Hebrew Roots of the Faith – from eliyah.com:

• How Do I Receive God's forgiveness for My Sins?

• After Forgiveness: The Next Step

• Water Baptism: The Answer of a Good Conscience Toward God

• Have You Received the Holy Spirit Since You Believed?

• Contending for The Faith

• Obeying Torah is Not About Salvation

• The Key to Knowing God: Keeping His Sabbaths

• Cold Waters to a Thirsty Soul

• My Holy Name: True Names of the Father and the Son

Follow Notes from the Wilderness on WordPress.com
Comment Rules & Disclaimer
This is not a forum. Comments and questions are to be relevant to subject, and 500 words or less. Any comments or links viewed as off- subject, or that contradict the Scriptures, or do not add constructively to the discussion, may be edited out, or not posted at all.

Profanity, personal attacks, or spam will not be tolerated. Social media and email addresses will not be posted.

Notes From the Wilderness does not necessarily agree with, nor endorse all of the content of other websites, articles, or videos referenced within this blog.

Prove all things with Scripture, and hold fast that which is good.

Let us "Eat the meat, and spit out the bones."
Copyright Notice
Please take the liberty of linking to any of the studies on this site. Permission is hereby given to Re-blog, print, or distribute any of these materials, provided they are "copied right," such that the message presented is not changed or altered in any way, but is presented without alteration, and with attribution and links, and not for sale or commercial purposes.
These writings © 2007-2020 Notes from the Wilderness - all rights reserved.

All writings within this Site are intended only for those who choose to read them, and who desire to receive them. Site content represents the thoughts and opinions of the Author, and is directed to no person or group, other than the intended recipients, our subscribers.

There is no intent on the part of the Author to associate Site content with any specific person or group, and any such associations made by Reader, or any conclusions drawn by Reader, are coincidental.